On December 19, 1994, sixteen-year-old surfer Jay Moriarity wiped out at Mavericks on a fifty-foot monster wave. Photographer Bob Barbour captured the moment, and Jay's wipeout later appeared in the New York Times and on the cover of SURFER Magazine. The well-known cover below shows Jay being held at the top of the wave by the wind, just as he is starting to lose control. Another image of Jay beginning to fall with his arms outstretched prompted others to dub Jay's wipeout the "Iron Cross" wipeout. 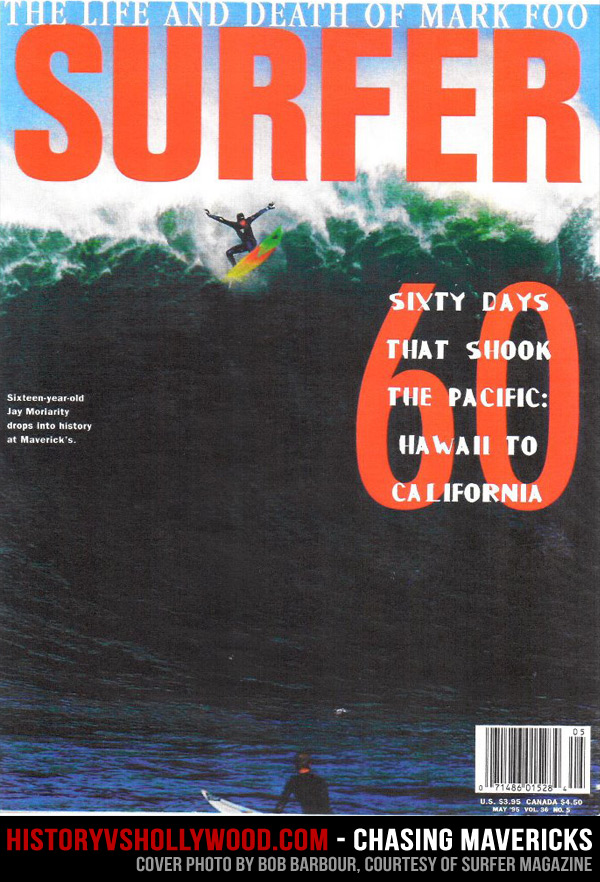