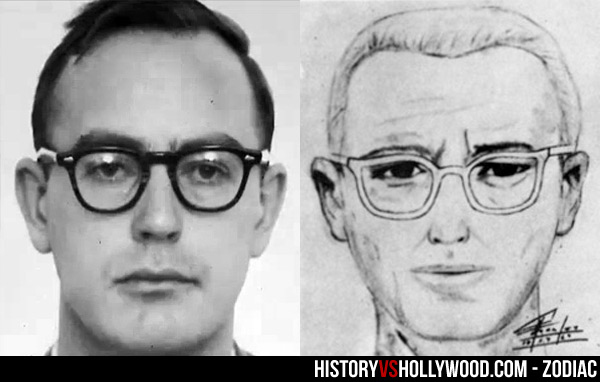 In new book, author claims the Zodiac killer has been found and it was his father, Earl Van Best, Jr. (left).

A Louisiana man, Gary L. Stewart, who co-authored a new book on the Zodiac killer, claims that his own father was the infamous murderer. A San Francisco mugshot of the man’s dad from the 1960s is displayed above next to a police sketch of the killer. You be the judge. Stewart’s book recounts his decade-long search for his biological father, which culminated with him concluding that he had found the Zodiac killer, and it was his father. Check out the History vs. Hollywood research into the ‘Zodiac’ movie.