While movies like American Sniper and Lone Survivor are drawing record crowds at the box office, we thought we’d focus our attention on several other modern-day U.S. soldiers who deserve biopics of their own. Three of these modern-day heroes are featured below, but let’s face it, there are countless others who deserve both recognition and our undying gratitude. Virtually everyone who puts on a uniform, and especially those who’ve served in combat, has a true story worth hearing. Let’s take the time to listen. Like and share this article to help make Hollywood aware of these other modern-day heroes. 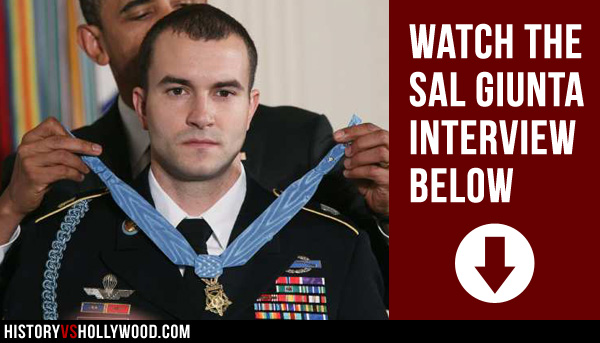 Why He’s a Hero: In November 2010, Hiawatha, Iowa native Salvator ‘Sal’ Giunta became the first living recipient of the Medal of Honor since the Vietnam War. On October 25, 2007, at the age of 22, Sal was ambushed along with his platoon in northeast Afghanistan’s deadly Korengal Valley. Muzzle flashes and tracer fire erupted around them and the two lead men in Sal’s platoon were hit and went down. 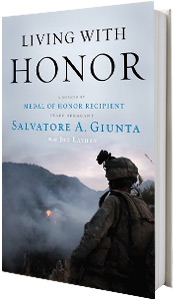 When a third soldier was struck in the helmet in front of Sal, he charged forward into a wall of bullets to pull his comrade to a safer spot. Sal was hit twice, one round pounding his body armor and the other shattering the weapon slung over his back.

His modern-day heroism didn’t end there. Sal and some of the other members of his platoon regrouped and counterattacked. They threw grenades for cover and shot at the muzzle flashes bursting from the trees as they surged forward toward the other two wounded U.S. soldiers. They reached one of the men, who had been shot twice in the leg but had kept on returning fire until his gun jammed. As another soldier addressed his leg wounds, Sal Giunta continued onward until he saw a haunting sight: two insurgents were carrying the other injured U.S. soldier away, who was one of Sal’s closest friends. Sal raced at the insurgents, opened fire, and never slowed down. He killed one of them and injured the other, who quickly fled. Sal dragged his badly wounded friend to safety and spent nearly half an hour trying to stop the bleeding and help his friend breathe.

Watch the video below and you’ll see that Sal Giunta is not only a modern-day hero, he’s also an extremely likable guy. When asked how he ended up joining the military, he said that he was working at Subway one night and heard an advertisement on the radio for a local recruiting center. The ad promised a free t-shirt. With a smile, Sal said that he likes free stuff, so he ended up stopping by. 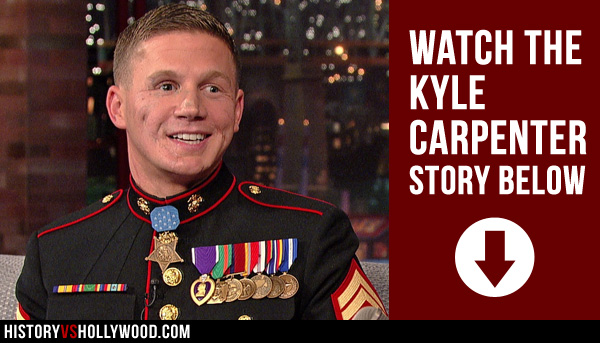 Why He’s a Hero: A standout running-back in high school who hardly ever went down on the first hit, Kyle Carpenter joined the Marine Corps upon graduation. In July 2010, Kyle and his unit found themselves in Marja, a remote area in southern Afghanistan. Their mission was to root out Taliban insurgents, and nearly every patrol that went out got into a several-hour-long firefight. On the morning of November 21, 2010, Kyle and Lance Corporal Nick Eufrazio were standing guard on the rooftop of a building, as their platoon rested inside. Out of nowhere, grenades started to land and explode inside the courtyard of their compound. The final grenade exploded on the roof where Kyle and Nick were on watch.

According to military investigators, who studied both the damage to the rooftop and Kyle Carpenter’s injuries, it was concluded that Kyle threw himself on top of the grenade to shield his friend and fellow Marine from the blast. When Marines from the compound reached Kyle, he was covered in blood and missing most of his lower jaw. He was medevaced to the nearest base where he was declared PEA (Patient Expired on Arrival). Doctors revived him, but his heart stopped twice more during the week that it took to get him to Walter Reed Medical Center outside Washington, D.C. There, he was placed in a medically induced coma for five weeks.

Kyle had lost his right eye, most of his teeth had been blown out, and he had over thirty fractures in his right arm alone. He could barely sit up in bed, but he envisioned a goal, to one day run in a marathon. After nearly 40 surgeries, two-and-a-half years in the hospital, and endless rehabilitation, Kyle Carpenter went home. On June 19, 2014, Kyle Carpenter became the second living Marine since the Vietnam War to receive the Medal of Honor. And from initially not even being able to make it around the nurse’s station at Walter Reed, Kyle Carpenter’s determination and will to survive led him to complete the 2014 Marine Corps Marathon. Kyle Carpenter is a modern-day hero whose spirit could never be tackled. 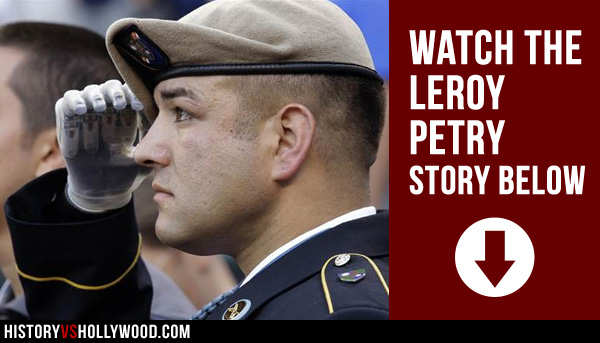 Why He’s a Hero: The night Army Ranger Leroy Petry met his wife, he thought he had won the lottery, literally. He had purchased a bunch of scratch-off lottery tickets and one of the tickets seemed to indicate that he had won close to $1,000,000 (he was never sure of the amount, but knew it was a lot). He called his mom and told her she would never have to work again, and he told his family that he was retiring from the military. His brother’s then-girlfriend eventually looked at the ticket and informed them that the amount had to form a straight line. Deflated, Leroy was the blunt of more than a few jokes from his brothers and the fellow soldiers in his unit. Leroy didn’t win the lottery that day, but the fact that he did not meant that he would remain in the Army long enough to save the lives of two of his fellow Rangers.

On May 26, 2008, during his seventh deployment, Leroy Petry found himself in the Paktia Province of Afghanistan on a mission to capture a Taliban target. He was clearing the courtyard of a house that potentially contained high-value combatants. While crossing the courtyard, he and another Ranger, Private First Class Lucas Robinson, were engaged and wounded. An enemy round had gone through both of Petry’s legs and another had hit Robinson in the armor plate protecting his side. Petry led his wounded comrade behind a chicken coop for cover. There, they were joined by Sergeant Daniel Higgins, who began to assess their wounds.

A Taliban fighter threw a grenade at their location and the blast knocked them to the ground, injuring Higgins and further wounding Robinson. When a second grenade landed a few feet away between Petry and the other two Rangers, 28-year-old Leroy Petry lunged forward toward the grenade, picked it up, and tried to throw it around the side of the coop away from his fellow Rangers. Just as he opened his hand to release it, it exploded, amputating his right hand at the wrist and sending shrapnel into his body. Grievously wounded, this modern-day hero didn’t stop there. He then placed a tourniquet on his right wrist before radioing in support for himself and his fellow wounded Rangers. And that’s only part of his remarkable story.

Petry was evacuated to an American hospital in Germany. His wounds resulted in the loss of his right arm below the elbow. After returning home, he was eventually outfitted with an advanced prosthetic, à la the Terminator. Following his recovery, he did not seek medical discharge from the Army. Instead, he returned to Afghanistan for an eighth deployment. On July 12, 2011, Leroy Petry became the second living U.S. service member since Vietnam to be awarded the Medal of Honor, following Army Staff Sergeant Salvatore Giunta (above).

There are countless other modern-day soldiers whose stories need to be told. The true stories of Sal Giunta, Kyle Carpenter and Leroy Petry put into perspective things like the Super Bowl. The players will say they “battled hard to win” and “never gave up the fight.” In that sense, those words have become clichés used to describe what is the equivalent of a board game when compared to the battles our country’s real heroes endure. Thank you to all of you who have served.